WE’RE ON A MISSION

VALET VAULT™ is dedicated to improving security in the valet industry by providing the safest, smartest, and strongest key storage and security solutions in the parking industry. It is our mission to defend parking companies and their customers from auto theft as a result of stolen keys caused by inferior key storage equipment or employee error.

Our best-in-class Valet Vault products have been developed with the knowledge gained from decades of experience in the valet parking and fabrication industries. They are made with quality materials, innovative technologies, and American craftsmanship. 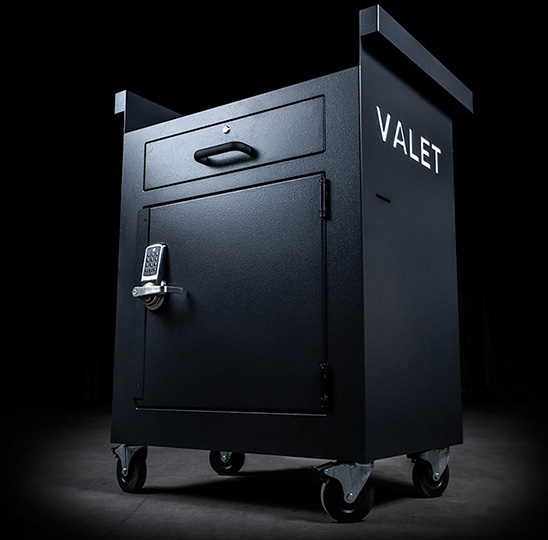 Created by valets, for valets.

Zach Wojohn, CEO of Valet Vault, started Executive Parking Systems (EPS) — a full service valet parking and parking management company — in 1997 at the age of 21. Over the years, Zach saw his industry get plagued by car thefts and robberies often due to the inadequate key podiums that were, and still are, standard equipment at most valet parking lots. In 2019, the company had two Porsches and a BMW with a total value of almost $400,000 stolen from their lots within one week of each other. All of the cars were stolen out of locked valet key podiums that were easily broken into with a simple screw driver and a few seconds of time. It was these incidents and the frustration that came with the ineffectiveness of the available podiums that sparked Zach to take action into his own hands and create a key podium that would provide a better and more secure solution for the industry.

Zach had a clear vision of the type of key podium he wanted to develop, but he needed to find a skilled fabricator to take his vision from a concept to an actual product. Through a friend at Zach’s church, he met Grant Henry of Henry Incorporated, the largest metal fabrication company in the Southeast region. They became good friends and Zach showed him the sketch of his dream valet key storage podium. Grant’s response? “Yeah. We can build that.” From there, Valet Vault was born.

Using a pull resistance test, Zach and Grant discovered that the popular key podiums used throughout the parking industry took less than 100 lbs of pressure to not only open the door but to pull it off. In contrast, the door on the Valet Vault, using the same scientific weight test, handled a pull test of 1000 lbs before the slightest opening at the top of the door was made, and the patented reinforcements made the door snap back when the weight was removed. This makes the Valet Vault almost impossible for a person to pry open the door. After seeing the impressive results of the pull resistance test, Zach and Grant knew that they had created a product far superior than any product available on the market.

After building and testing several versions of the Valet Vault, Four final versions were developed; the flagship models, the Defender 50 and Defender 40; the more basic model, the Sentinel 40; and the wall-mounted model, the Guardian. All of the Valet Vault series have innovative, patented technologies, and we are continually looking for ways to improve our Valet Vaults. In addition to our core Valet Vault product line, we also developed Alumisign, an LED-lit, portable wayfinding sign with its own power source, and we are continuing to look for ways to make valet parking a safer and more secure industry.

Valet Vaults can be used to improve key security at a variety of locations.

Zach Wojohn is the founder and Chief Executive Officer of Valet Vault, guiding his vision to provide a better, more secure solution for valet key storage. His personal experience in the valet industry, initially as a valet and then as the owner successful valet and parking management company, sparked his determination to improve security in the valet industry which led to the development of Valet Vault.

Zach began parking cars as a valet when he was eighteen years old, and three years later he started his own valet company, Executive Parking Systems. As a lean startup, Zach did not have the money to buy the key podiums he needed, so he created his own out of plywood, Liquid Nails, hooks, and a Sharpie marker. That DIY box was strong enough to withstand being ripped off of a patio wall by a truck and chain and dragged down the street for a couple of miles. As Executive grew, Zach was able to purchase the metal podiums that were considered the standard in the industry, but he quickly realized that they were not as strong as the wooden key boxes that he had built out of wood.

Since Zach bought his first metal box in 2001, key storage options have not improved and the ease at which a box could be broken into remained a matter of a few seconds using a common screwdriver. After losing 2 Porsches and a BMW within 3 days, Zach knew that the industry needed a better solution than the key boxes that were the same flimsy construction as cheap file cabinets. He took on the challenge and the concept of the Valet Vault was born. Zach had a clear idea of what he wanted the Valet Vault to be but needed to team up with an experienced fabricator to make his vision into a reality. This need was fulfilled when Zach formed a partnership with Grant Henry, a third-generation metal fabricator and COO of Henry Inc., a family-owned, Atlanta-based fabrication company with a stellar reputation with an impressive list of clients. The development of the Valet Vault included close collaboration with top CEOs within the parking and insurance industries, and building several versions of the key podium. The result of Zach and Grant’s time and effort was a key storage solution based on best practices that sets a new standard in the industry and provides a substantially more secure, more durable option to what is offered by other valet key storage companies. Simply put, the Valet Vault is SAFER, SMARTER, STRONGER. 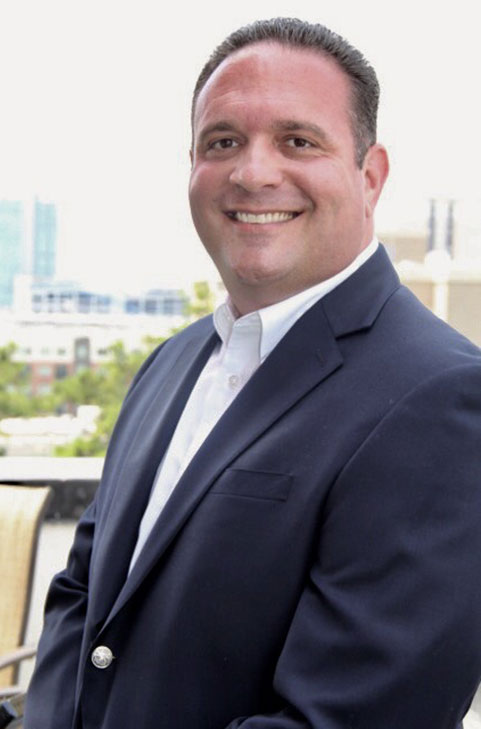 As Chief Operating Officer of Valet Vault, Grant Henry oversees the development and fabrication of all Valet Vaults and provides vital input that has led to several improvements to our line of Valet Vault products.

Zach Wojohn, the CEO and founder of Valet Vault, formed a partnership with Grant, who, is also the COO of the $20+ million a year, family-owned metal fabrication company Henry Incorporated. With an impeccable reputation for workmanship that it has been building on since its inception in 1956, and a long list of high-profile clients to verify their commitment to quality, Henry provides the perfect strategic alliance to ensure that each Valet Vault is built to the highest standards. In addition to the expertise they bring to the table, working with Atlanta-based Henry Inc. also allows Valet Vault to proudly showcase the “Made in the USA” mark.

According to Grant, the benefit to the initial collaboration to create the Valet Vault product was that Henry had the opportunity to analyze the initial prototypes and make adjustments to produce the best product possible. Grant went on, “We have gone through several development models, each better than the one before. We have had the opportunity to ask again and again ‘how do we make it better and stronger; what features will make Valet Vault’s clients lives easier and their businesses more secure?’”

Grant is the third-generation leader of Henry Incorporated and has been an integral part of the team since the beginning of his professional career. In 2012 he was appointed COO and took over day-to-day operations of the company his grandfather founded. He manages all of Henry’s operations, including the Sales, Estimating, Project Management, Engineering, Production and Installation departments. Additionally, Grant oversees the company’s strategic initiatives in various markets including custom architectural metals and signage, new product development, corporate rebranding programs, and diverse investments.

Grant’s partnership with Zach and the collaborative relationship between Valet Vault and Henry Incorporated has produced a line of products that exceeded their expectations and resulted in an absolute game-changer for the parking industry. 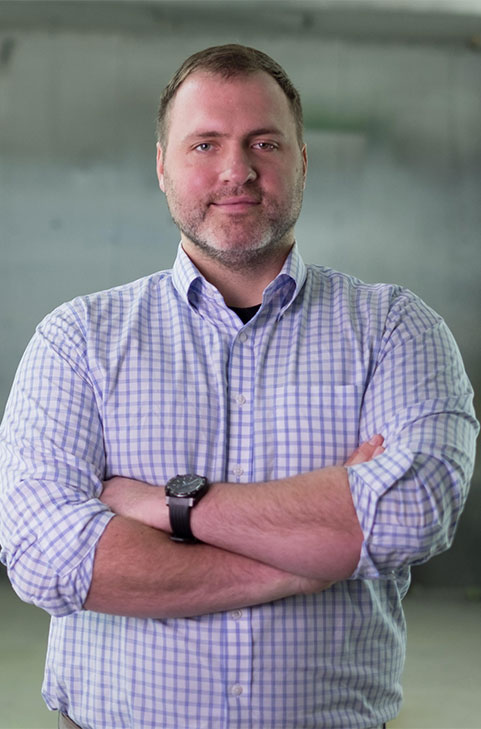 As general legal counsel for Valet Vault, Shelli Wojohn makes sure that all of our i’s are dotted and t’s are crossed and plays an integral role in maneuvering through any legalities that Valet Vault requires assistance with.

Beginning her legal career as an intern for The Coca-Cola Company and the law firm King & Spalding for Coke, Shelli’s passion for law followed in the footsteps of her uncle, Robert Keller, who acted as General Counsel for The Coca-Cola Company for 27 years. Shelli’s journey started at Emory Law School, with aspirations to be a Corporate Litigator, but working on “The Black Widow Case” as an intern with the Cobb County District Attorney’s Office, she fell in love with criminal prosecution and the quick pace and excitement of the courtroom. That change in direction led to her accepting the Assistant Solicitor position in Clayton County, which included overseeing every type of criminal calendar relating to state misdemeanor charges, from arraignments to jury trials. Shelli was then recruited as a Senior Assistant Solicitor with the City of Atlanta Solicitor’s Office and worked there for 12 years through 3 administrations. During her time with the city of Atlanta, Shelli’s responsibilities included management of the DUI division and then the Traffic division, and she ran the Criminal Inmate calendar, handling arraignments and bond hearings as well as preliminary hearings and other motions.

In addition to the many responsibilities and accomplishments relating to her experience with the city solicitor’s office, Shelli taught classes at the Atlanta Police Department Academy for the FIT Team recruits. She was also certified by the Georgia Bar, Supreme Court, and Prosecuting Attorneys Council as a mentor for new prosecutors.

Shelli’s involvement with her husband’s (Zach Wojohn) parking company, Executive Parking Systems, spanned almost 20 years, and she officially joined the team as their in-house counsel in 2019 to help with the significant growth that Executive was experiencing. With Executive, Shelli leverages her legal expertise in handling contract drafting and negotiations, lease abstracts, pro forma reviews, claim issues, and permits.

In 2020, Zach’s business ventures expanded to include Valet Vault, and with the new company, Shelli’s role expanded as well. We are proud to have Shelli as part of our family-run businesses and a valued member of the Valet Vault team. 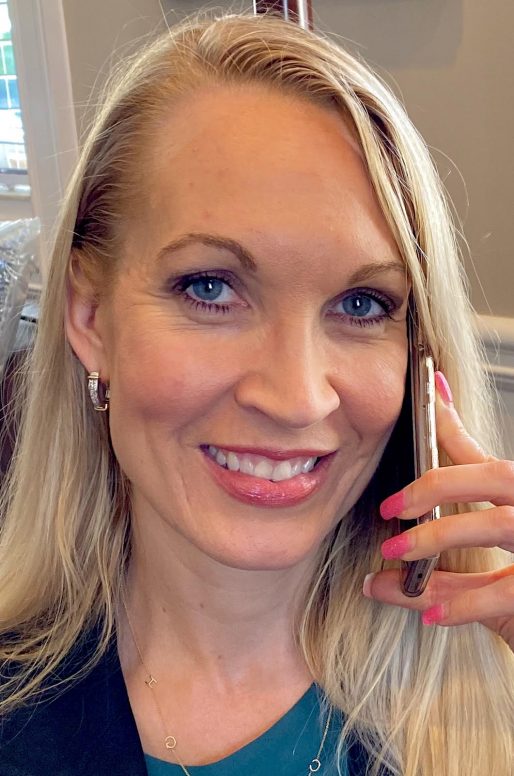